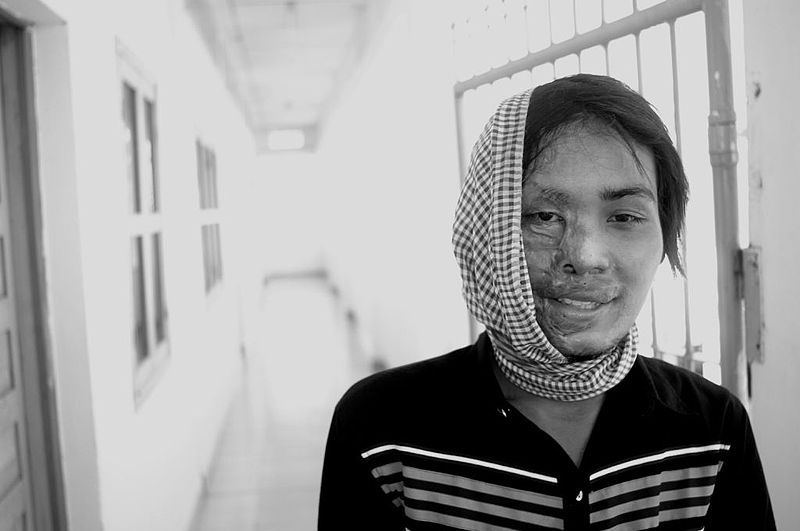 The 8th of March 2014 was International Women’s Day and I was proud to present the opening remarks at the Darwin screening of the Honour Diaries movie. Approximately 100 men and women came together in the theatrette at the NT Museum and Art Gallery and united in solidarity to combat violence against women and girls (VAWG). Although I’m not sure they expected to hold hands and chant the word vagina, in the context of such an important and emotive topic, everyone took the opportunity to join in and be inspired to take their own role in the diverse Darwin community.

The screening was part of a worldwide launch of the movie which features nine courageous women’s rights advocates with connections to Muslim-majority societies who are engaged in a dialogue about gender inequality. The film gives a platform to exclusively female voices and seeks to expose the paralysing political correctness that prevents many from identifying, understanding and addressing this international human rights disaster.  Freedom of movement, the right to education, forced marriage, and female genital mutilation are some of the systematic abuses explored in depth[1].

The adoption and enforcement of national laws to address and punish all forms of VAWG, in line with international human rights standards, is one of the five key outcomes which the Secretary-General’s campaign “UNiTE to End Violence against Women” aims to achieve in all countries by 2015[2]. In Australia, there is a national plan to reduce VAWG which provides the framework for action by the Commonwealth, state and territory governments to reduce violence against women and their children. There are in effect 3 stages to the plan – foundations, development and implementation from 2010 to 2022 with 6 national outcomes to make communities, including indigenous communities safe, relationships respectful, meet the needs of women and children, provide effective justice responses and hold perpetrators to account. Australia, like many countries, has been in breach of its international law obligations to protect women and children and will continue to be in breach until comprehensive and cohesive mechanisms are securely in place. Through the Convention on the Elimination of All Forms of Discrimination against Women 1979 (CEDAW) [3] and by virtue of the UN Convention on the Rights of the Child 1989 (CRC) [4] there are positive obligations in international law which must be enforced. These obligations have been reinforced by numerous plans of action, declarations and commitments since

In this context, ‘honour’-based violence (HBV) has to be considered and tackled. HBV is designed to control women and is a dangerous form of VAWGs. So-called honour killing is an extreme form of HBV, and typically refers to the murder (or attempted murder) of a woman by members of her family who do not approve of her sexual behaviour. The perpetrators of this violence often include a woman’s male and female family members (most often her mother or mother-in-law).[5]   Honour based violence is a violent crime or incident committed to protect or defend the honour of a family or community. Victims of honour violence are usually targeted because their behaviour violates cultural or religious norms and is seen to bring shame onto the family or community.[6] Women and children suffer appalling abuse including female genital mutilation.

HBV affects every freedom – health, education, employment, movement, relationships, communication and so on. Exactly the same issues apply in Australia and in many, many countries across the world. These are not just the Islamic issues which are considered in the movie. These are global issues.

It is essential to understand that empowerment of women and children is a matter of good policy, moral necessity and an express obligation under international law and human dignity and bodily integrity is essential for the enhancement of gender equality. Intrinsic to these legal obligations is the requirement that states must not only respond to Honour crimes but respond in an effective way.  Custom, tradition or religious beliefs cannot be used as excuses for avoiding the obligation to eliminate violence against women and girls. ‘Cultural’ justifications must  be challenged.

Prevention can occur through education and community engagement, deterrence: through fear of criminal sanction and by legal interventionism: through targeted court orders. Experience shows that in cases involving honour crime, those vulnerable to threat have been more prepared to come forward when such an approach is adopted.

The Honour Diaries Film is part of a movement for change. The nine women shown in film came together to make a difference. Whilst women are treated as second class citizens, stripped of all freedom and completely disadvantaged they are controlled in all senses[7].

In Darwin on the 8th of March, women and men came together – as the film says: “There is nothing more powerful than women coming together, sharing their experiences to make a difference”. The concept of Honour has been bastardised in this context, as a harmless word, used as a basis to perpetuate harm to women and girls. Films like The Honour Diaries create a dialogue that can bring about change so, let’s watch it, let’s talk about it and let’s make a difference.

[7] For UN resources in relation to VAWG see http://www.un.org/en/globalissues/briefingpapers/endviol/resources.shtml

Opinions expressed on this site (including in the Twitter feed) are those of the relevant contributors or commenters. CDU does not necessarily share those opinions. See the disclaimer page for more detail