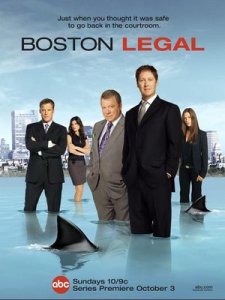 Richard “Justinian” Ackland has long had a justified bee in his bonnet about the abuses of time costing by the legal profession.  Sydney law firm Keddies has been manna from heaven for Ackland.  Its enthusiastic interpretations of court costs scales would surely have legendary conman Peter Foster swooning with admiration (and possibly enrolling in law school) if he knew about them.

Keddies are soon to appear before the NSW Administrative Decisions Tribunal in disciplinary proceedings brought by the Legal Services Commissioner under the Legal Profession Act. But their activities also came to notice only a week or two ago in the District Court matter of Liu v Keddies.  The judgment itself makes salutary reading but here’s Ackland’s summary:

A glimpse at the dimension of Keddies’ overcharging emerged last week in a civil action against the one-time partners brought by a former client, Eileen Liu. Ms Liu had also withdrawn her disciplinary complaint after coming to an ”agreement” to accept $15,000 from Keddies.

Still, she pressed on with a breach-of-contract action, claiming that she was billed for work that was not performed or not done at the agreed rate. Hers was a relatively small case that was settled for $140,000, from which the client received less than $50,000.

Judge Jim Curtis thoughtfully spelled out more than a dozen instances of overcharging. The fee ledger comprised 383 items of ”attendance” or work, and this was for a motor vehicle accident case in which liability had been admitted and the insurance company was wanting to settle.

For instance, three-line letters that would take a few seconds to read were billed for 12 minutes of time at a senior litigation lawyer rate of $435 an hour (a charge of $87).

Another five-line letter was billed at $184 for ”perusal” – that is a time charge of 24 minutes.

There was a charge of 18 minutes at the rate of $460 an hour for sending a four-sentence email to the Motor Accident Authority.

Back came the reply from the case manager at the authority. It simply said ”Rcvd”. A Keddies solicitor entered a charge in the ledger of $130.50 for reading the abbreviation ”Rcvd”.

Secretaries in the firm were being billed out at partners’ rates of $460 an hour charging for ”perusing and considering” two-line letters.

Recently retired NSW Supreme Court Chief Justice James Spigelman has regularly been critical of the whole notion of time-based billing, as has the Australian Law Reform Commission.  Spigelman quotes another judicial luminary in former High Court Chief Justice Murray Gleeson as observing that it is “difficult to justify a system in which inefficiency is rewarded with higher remuneration”.

However, none of that has ever perturbed state law societies.  When Spigleman first raised these concerns in 2004, the Law Institute of Victoria dismissed them out of hand:

Mr Dale said the current system was necessary to accurately measure the cost of cases that did not reach court.

He said it was his experience that lawyers did not take longer to do the necessary work for the sake of higher fees.

“Time costing is not the be all and end all, it’s not the final arbiter.

“Solicitors all over Melbourne might say that a case took a little bit longer to settle, but the final billing decision might be measured against the backdrop of what is appropriate in the case.

“There won’t be this religious adherence to the meter.”

But many of his public pleas have been studiously ignored. Almost yearly he warns that lawyers are killing the golden goose by failing to control costs. He has also spoken out against time-based billing. On the last occasion he issued this warning the president of the Law Society stood up and made a strong pitch for the status quo. Criticism of time-based billing is often ”unpersuasive”, Stuart Westgarth told the same gathering at which Spigelman repeated his concern that legal costs were too high. Further, Westgarth added that under the new national scheme of professional regulation the balance may be tipped too far in favour of consumers and ”make it unreasonably difficult for lawyers”.

THE nation’s nine biggest law firms have accused the federal government of being prejudiced against lawyers as it moves to increase protection for clients.

The firms want to be exempt from tough rules protecting consumers, saying they should not be tainted by the sins of smaller players and that their clients are sophisticated enough to look after themselves.

In a letter to the secretary of the federal Attorney-General’s Department, Roger Wilkins, the firms complain that the regulation taskforce he heads has ”an unduly negative attitude towards lawyers, their business practices and their motivations”.

They argue its proposals reveal a string of prejudices, including that all lawyers are engaged in a lucrative industry and that this justifies complex regulation; that time charging is inherently unethical and exploitative; that lawyers need to be forced to charge their clients fairly, and that lawyers have an unfair bargaining position with their clients.

The proposals include requiring lawyers to charge proportionate, fair and reasonable costs, to ban them from charging for administrative tasks, and to require all bills to be signed.

The firms and the law societies say terms such as ”fair” and ”reasonable” are too subjective and that no other profession is subjected to such conditions. But if the changes are adopted, the firms say they should be exempt because their clients are savvier and do not need extra protection.

Maybe the mega-firms have a point; their clients are typically major corporates well able to look after themselves and ensure they get value for money.  But time-costing has for years been the normal method of legal costing in most small and medium-sized law firms as well. Their clients are private individuals and small businesses who will usually have no reliable way of assessing whether they are being overcharged.

That might be OK too if Keddies was just an isolated and atypical example of a rogue firm.  They probably are at the extreme end of the spectrum, but my own experiences and observations over 20 years in private practice before entering academia were that some degree of abuse of time-costing is very widespread indeed.

It is said to be common in the interstate trucking industry for proprietors to set their employed and sub-contracted drivers impossible deadlines and low freight rates, giving them no practical choice but to engage in surreptitious overloading practices and amphetamine-fuelled flouting of rest stop rules.  But of course the proprietors would never condone such behaviour! Heaven forbid.

Many law firm partners engage in analogous practices. They set billings targets for their young practitioners which are almost impossible to achieve without “creative” completion of time summaries. Low level examples include treating a toilet break or trip to the coffee urn as a 6 minute billable unit on the file the solicitor is currently working on.  What’s a couple of extra units here and there, you might ask?  The answer: somewhere between $23 and $46 for every 6 minutes depending on which court scale applies.

Then there’s the practice of charging for “perusal” of incoming correspondence (see the Keddies examples quoted above).  Court costs scales have started to crack down on that particular rort. For example, the NT Supreme Court costs scale forbids a separate charge for perusing incoming correspondence. However that’s relatively easily subverted by training secretaries always to copy incoming letters to the client under cover of an automatically generated “circular” letter for which you can charge $12 (essentially for 60 seconds work by a secretary).

Why do the state law societies so staunchly defend the institution of time-based billing when there are viable and inherently fairer alternatives (see the last few paragraphs of this story)?  Not only is predatory time-costing a key reason for the profession’s dubious public reputation, it is also clearly implicated in the decisions of too many young lawyers (usually the keenest and most idealistic) to quit the profession after only a few years in practice, not to mention the high incidence of depression and even suicide.

It’s difficult not to conclude that the real reasons have much to do with the role of the law societies as both gamekeeper and poacher i.e.both regulator and combined lawyers’ trade union and employers’ association.  In other words, the law societies’ role involves an irredeemable three-way conflict of interest.  Unfortunately the profession, with ill-advised support from some judges, successfully resisted federal government moves to impose independent regulation as part of the National Legal Profession reforms.  Instead the profession will retain the numbers on the national regulator, and much day-to-day regulation will remain delegated to the law societies themselves.

The legal profession’s claim that independent regulatory oversight represents some fundamental threat to the citizen’s right to fearlessly independent legal representation is no more convincing than the current self-serving claims of the Murdoch and Fairfax empires that any effective checks and balances against print media abuses are somehow a threat to free speech.

8 thoughts on “The ethics of the second oldest profession”

Opinions expressed on this site (including in the Twitter feed) are those of the relevant contributors or commenters. CDU does not necessarily share those opinions. See the disclaimer page for more detail